Hey errybody,
Sorry for the post lag, wifi was touch and go in barcelona. Was a hassle to get in our first day, but we made it after a plane, a bus, and then a cab to our hostel. Haha. Our hostel was okay. Our roommates were consistently terrible (read: creepy and drunk) and the bathroom smelled like the girls shower house at Kinder Ring (read: wet 9-year-old fresh off a soccer field on a 105 degree day), but other than that, it was fine. We got to see so much in barcelona. Our first day we rented segways and zipped around the city getting acquainted. There was a little bit of a learning curve on the Segway, but we all ended up doing great. Only a few minor crashes! Haha.
We saw many old cathedrals, including la Segrada Familia, which was truly breathtaking. We went to park Güell and on a cable car, both of which had gorgeous views of the whole city!
We happily spent two afternoons just relaxing on the beach. My tan is looking quite lovely!
Saturday night was really special since it was the final football game of the season, Barcelona vs Manchester. so glad we weren’t yet in England as Barcelona kicked their butts! We all had matching jerseys for the team, and went out to celebrate with the locals! After the game, the streets were flooded with people celebrating the big victory. We joined in the party and had a great time.
Sunday morning we had an unexpected surprise, Felicia decided to leave us to go back to the states. I think she was tired of traveling, but it was still quite shocking. We are now frantically trying to handle all the bills she left us with. Sadly, they are numerous. Oh well, such is life.
We left this morning, and have just arrived in London after one of the most turbulent flights I’ve EVER been on! we decided to have a relaxing afternoon with some burgers, laundry, and naps. Tomorrow, adventures!
Below are pics of our sangria at dinner (soooooooo much!!), one of the Gaudi buildings we saw (view from the courtyard), me rocking the Barcelona jersey, and the view from our cable car ride! Woo! 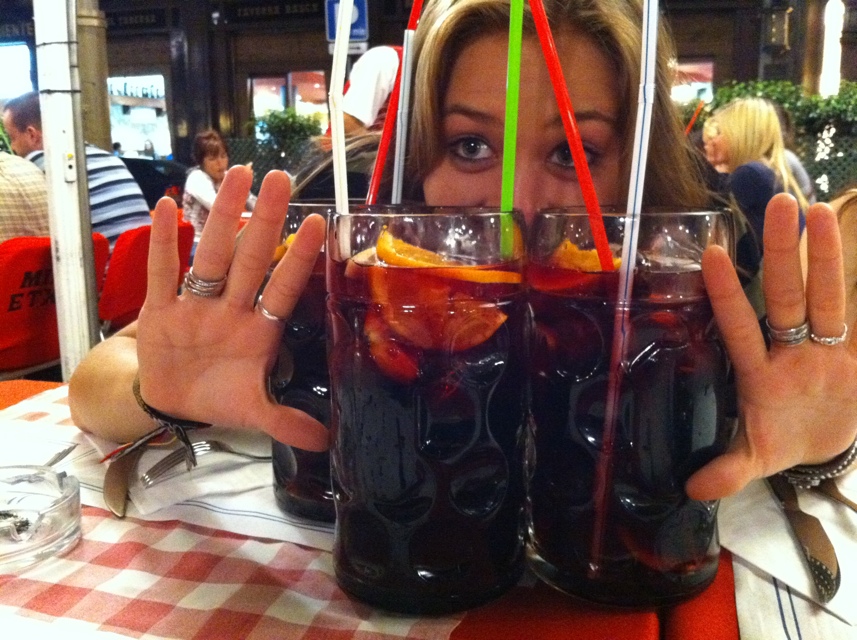 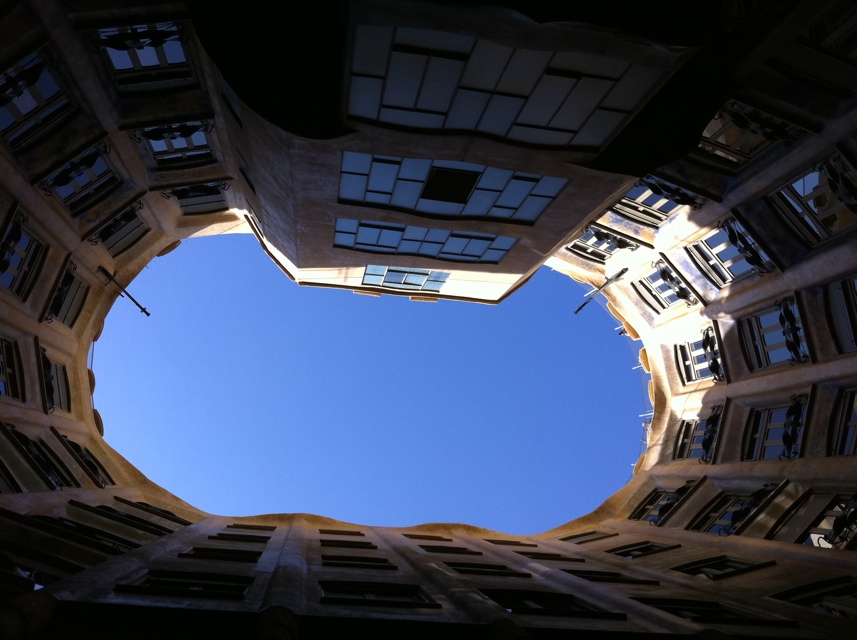 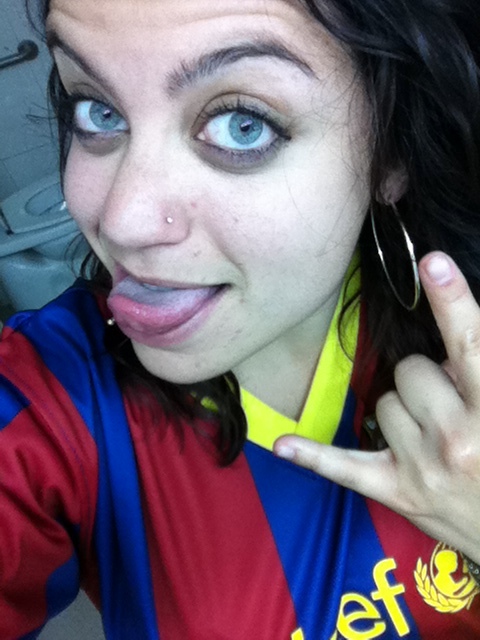 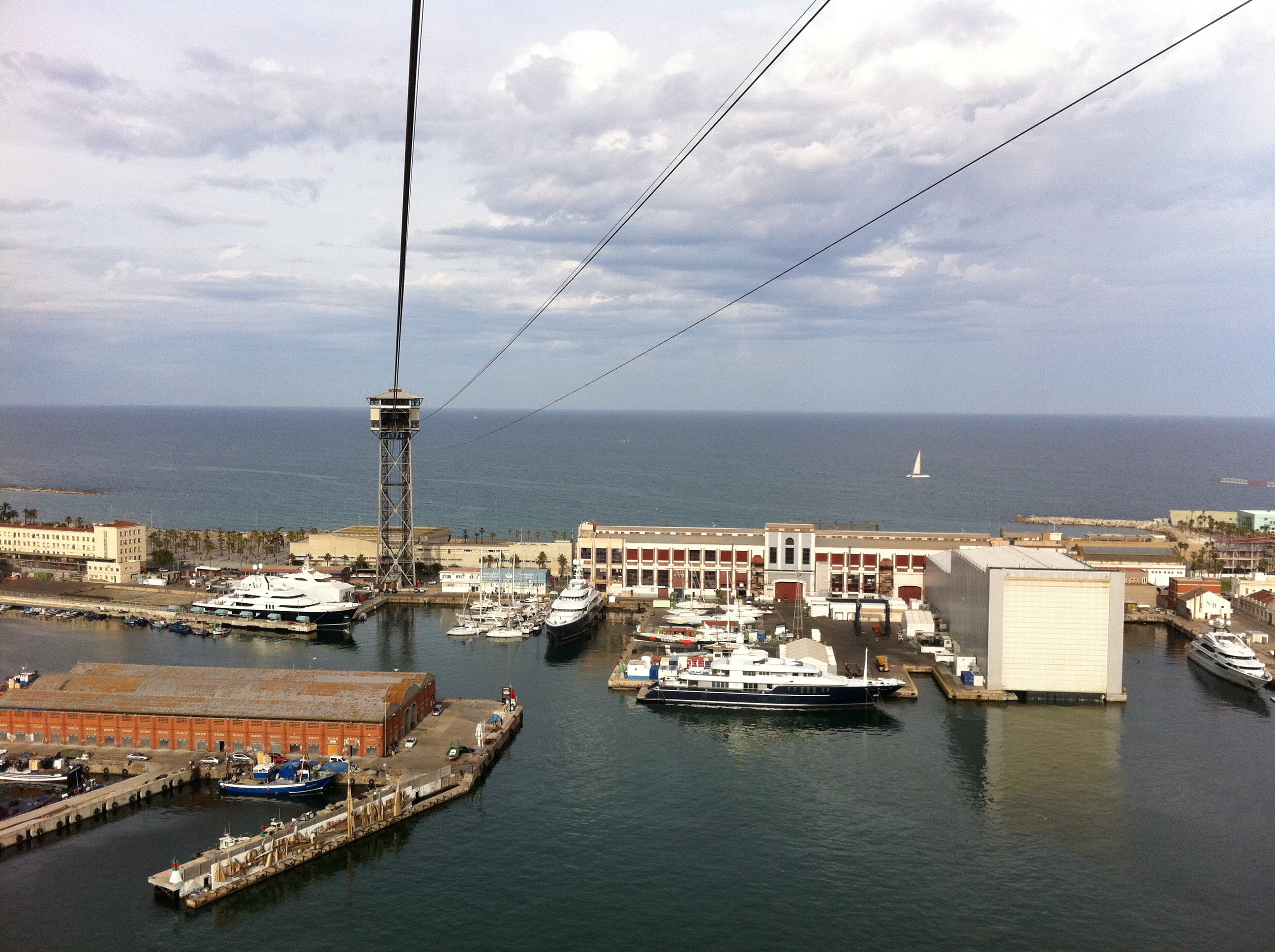